Did you know that your internet is out of date?

Your browser is out of date, and may not be compatible with our website.

By closing this window you acknowledge that your experience on this website may be degraded. 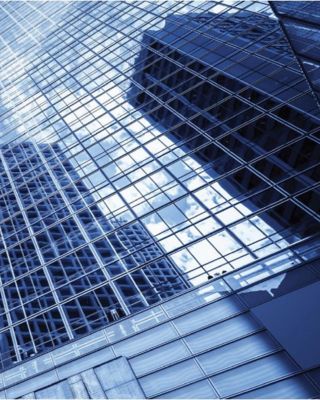 Tridium is a global leader in business application frameworks that have fundamentally changed the way devices and systems connect. We are passionate innovators developing the operating system of the Internet of Things. From buildings and data centers to manufacturing systems, smart cities and beyond, Tridium’s open frameworks and environments are changing the rules for automation technology.

An established leader in software technology, Tridium works closely with international manufacturers and other software companies. For almost 25 years, our open framework has enabled and grown the Internet of Things.

Tridium is an independent business entity of Honeywell International.

The software that powers the world

For more than 25 years, our cutting-edge software solutions have literally changed the way industries operate. A career at Tridium offers opportunities unlike any other software company to transform the Internet of Things.

Exciting things are happening here and we need people who are equally excited about new technologies, nimble thinking and the chance to change the future. We’re looking for exceptional colleagues to develop, support, market, enhance and manage the product line of our fast-moving IoT software company.

Tridium is headquartered in Richmond, Virginia, with global offices in the UK, Singapore and Australia. Never thought about living in Richmond? You should—the City of Richmond is ranked among America’s Top 20 “Best Places for Business and Careers” by Forbes magazine, and is one of the most vibrant destinations on the East Coast. Are you tired of the traditional tech valleys and hubs, but still want a career in the same exciting software space? Tridium may be the place for you.

In the 1990s, the Internet and the World Wide Web were becoming mainstream commercial technologies. Smart devices and systems began to appear in buildings, machines, homes, cars and virtually everywhere else, but few standards existed for interoperability among new and already-installed devices.

Initiatives to form standard communication protocols created a few open system environments (such as LonWorks® and BACnet®). But these protocols, focused at the embedded device level, provided interoperability only when all the devices were based on the same protocol.

Working out of a spare room in the west end of Richmond, Virginia, a small group of building industry experts and freshly minted graduates in electrical engineering and computer science gathered to solve the problem. The industry experts had the experience to know what businesses needed, and the new graduates were freethinking enough to take an unconventional approach.

That unconventional approach was to design an open, Internet-based infrastructure that would allow software developers to develop applications that could be used across a wide variety of systems, including existing legacy systems and competing systems from different manufacturers.

Tridium was founded by entrepreneurs who partnered with entrepreneurs. Our early success was based on a novel technology and a forward-thinking set of early adopters who took a chance and challenged the status quo of closed, proprietary systems.

1999 - Tridium launches the Niagara Framework® and begins working with a network of independent early adopters to make the Niagara infrastructure a true industry standard. Building on Niagara, Tridium also creates the first Web-enabled application specifically designed for the building automation and energy services industries and names the brand Vykon® the following year.

2001 - Tridium announces a series of strategic alliances with major industrial figures such as Emerson, Schneider Electric, Invensys and Carrier Corporation.

2002 - Tridium announces an additional $5 million round of capital funding.

2005 - Honeywell announces the acquisition of Tridium, which becomes an independent business entity of Honeywell International. There are over 35,000 instances of Niagara worldwide.

2006 - Tridium introduces Niagara Central, an interactive portal for the Niagara community. Wawa Food Markets begins working with Tridium as it integrates diverse systems across all 550 of its stores.

Advancing the Internet of Things

2011 - Tridium continues its commitment to QNX Software Systems with the release of Niagara AX 3.6.

2012 - The Niagara Framework exceeds 300,000 instances, becoming one of the most utilized platforms for the Internet of Things.

2013 - Tridium announces the formation of its Professional Services Group to meet the increasing demand for consulting and education services.

2017 - Niagara 4.3 is released and introduces enhancements that make it easier to manage and deploy templates. Asset Manager and Backup as a Service was also introduced making it easier to back up data and provides seamless, secure and scalable backups of Niagara to the cloud.

2018 - The Niagara Framework surpasses 750,000 instances. Niagara Framework 4.6 is released which offers power and potential not seen since the introduction of Niagara 4. Most exciting about Niagara 4.6 is how it modernizes the framework and provides ways for users to save time, effort and money during system installations. Tridium launches Niagara Edge 10, a 10-point IP-based field equipment controller that runs the Niagara Framework at the edge. By leveraging Niagara 4.7, the Edge 10 offers a single-tool infrastructure, the ability to create smarter, more efficient systems, and world-class security.

2020 - Niagara Framework 4.9 is released with new features such as single sign-on with Niagara as an Identity Provider, integration with video surveillance and tag-based visualizations.

The Niagara Framework surpasses 1,000,000 instances! This milestone is significant not just as a data point substantiating Niagara’s position as defacto smart building industry standard for data integration and normalization, but also as a testament to the power of the Niagara Community.

Tridium is an independent business entity of Honeywell International Inc.